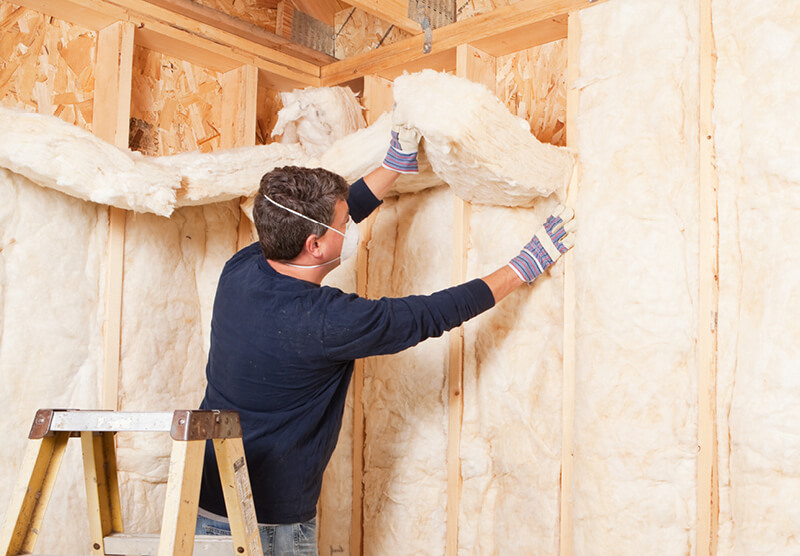 “The tenants were very appreciative of the upgrades, especially the windows.”

If you ask Mike Burgess what he appreciated most about his experience working with  Efficiency Nova Scotia (ENS) and the upgrades to his apartment buildings, he might have a  hard time picking. It could be how easy the application process was, the energy savings he’s  now experiencing or just how much his tenants loved the upgrades.

Mike owns and manages a total of 11 residential apartment buildings for low-income families.  To date, two of his 8-unit buildings have had energy efficient upgrades completed and his 13- unit is currently in the process. All three buildings are located in north end Dartmouth.

Mike decided to contact ENS after a connection at the Affordable Housing Society of Nova  Scotia shared their positive experience and recommendation. From that point on, Mike found  the process easy and efficient.

“Once I connected with ENS, the process was straightforward,” says Mike. “I filled out the  application form and, after I was approved, an Energy Auditor came to the site to identify the  opportunities and upgrades we qualified for. From there, I worked with contractors and  suppliers. I’d say the whole process, start to finish, was about six months–but it could have  been done quicker, it was on my end that things slowed down a bit.”

The energy efficient upgrades done to both 8-unit buildings consisted of new ENERGY  STAR® certified windows and insulation, with one building also receiving new pipe  insulation. Mike communicated the project to his tenants and ensured window replacements  were scheduled during the day when most people were at work. He says his tenants had no  complaints about the noise and interruption. Instead, his tenants were excited about the  upgrades and the difference it would make to their individual comfort and the building’s  appearance. “The tenants were very appreciative of the upgrades, especially the windows.  The windows we replaced were 50+ years old, and you could feel a draft come through.”

In particular, Mike remembers one tenant being thrilled about the upgrades. “There is one  that really stands out to me–her name is Tanya. She lives in one of the 8-unit buildings, which  would have been the second building to go through these upgrades. It was funny, when she  saw the windows going in the first 8-unit building, she was like: ‘When will our building be  done?’ ”

When Tanya learned that Mike was planning to upgrade the building she lived in, she was  ecstatic. “She was just so appreciative. As I mentioned before, they were 50-year-old windows,  so to slide them open in the summer for fresh air wasn’t always easy. And, in the winter, there  was a draft coming in. Not to mention, the new windows are visually more appealing.”

As a landlord for many years, Mike works hard on the regular day-to-day management and  upkeep of his properties. Finding the time and the upfront expense for larger energy efficient upgrades was not an option, which is why he calls working with ENS a “no brainer”. “To have  the option to have these upgrades completed and help with expenses–it was a godsend. It’s a  huge capital expense that I just didn’t have. I’m constantly trying to keep everything clean,  painted and keep up on minor upgrades as best as I can. These upgrades, especially the  windows, helped compliment everything. It helps with the appeal of the building and the  functionality for the tenants–not having to deal with those old windows and the draft in the  winter.”

In addition to the improved aesthetics and happy tenants, Mike is just as pleased with the  savings the upgrades are delivering. Especially with regards to heating. “I don’t have exact

For his commitment to his buildings and tenants, Mike was named the 2019 Income Property  of the Year by the Investment Property Owners Association of Nova Scotia.

Mike continues to work closely with ENS. Currently, his 13-unit building is in the process of  being upgraded with new ENERGY STAR® certified windows, insulation in the attic and  basement walls and the oil heating system is being replaced with a new natural gas unit.  Once completed, Mike is looking forward to enjoying the same benefits he does with his first  two buildings and passing them on to his tenants.